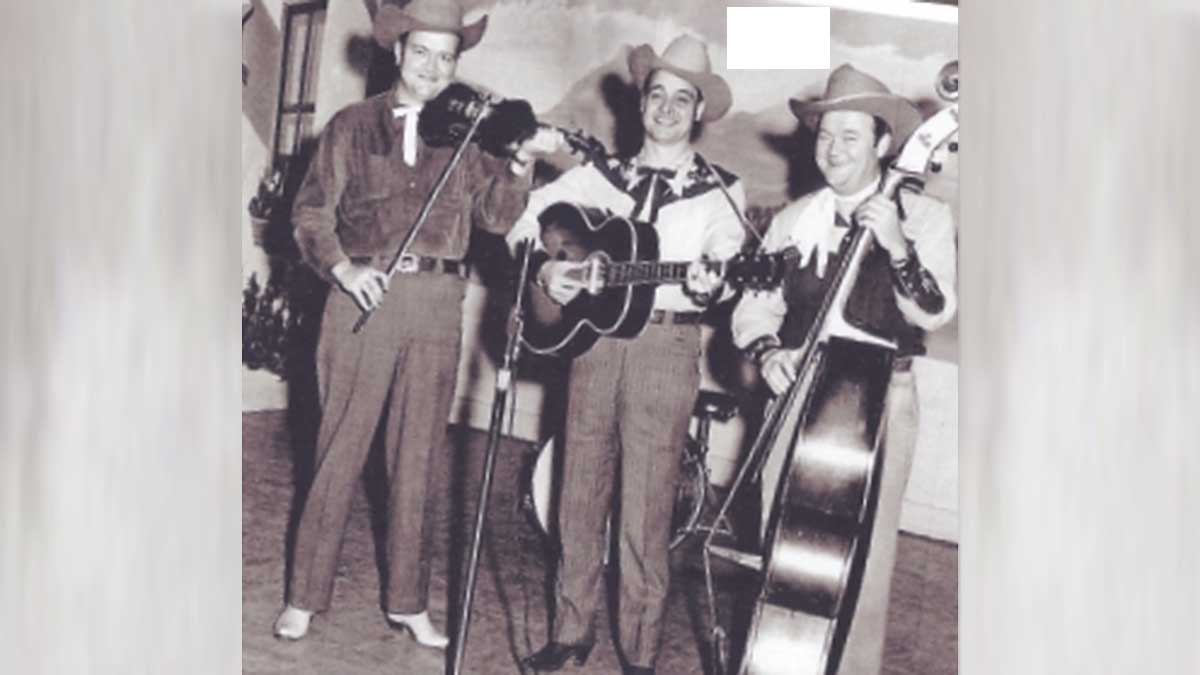 In the 1930s and 40s, much of country music was dominated by Western Swing and the persona of the singing cowboy. Artists like Roy Rogers, Tex Ritter and Gene Autry dominated the music playlists of the time. Tidewater had its own singing cowboys and they became the patriarchs of the local country music scene. Born in South Norfolk, the Phelps Brothers created a musical empire that is still remembered today.

In the 1930s the three brothers, Willie, Norman and Earl, began making the rounds of local radio stations and performing at venues like The Ocean View Ballroom. By the late 1930s they were in New York City recording for DECCA Records and appearing in cowboy themed shows at Madison Square Garden. Hollywood called and the Phelps Brothers starred in several b-themed western movies.

However, by the late 1940s the Phelps Brothers were back in South Norfolk and dominating the local music scene. They built a dance hall where they played every Saturday night and a recording studio. Patsy Cline cut recordings there and Jay Chevalier, later dubbed “The Troubadour of Louisiana” also recorded at the studio that locals called “Fernwood Farms.” As musical tastes changed and local developers began to eye the property, the complex was sold and today, there remains little in the area to remind people of the hot country music scene that thrived there in the 1950s. However, the sound board from the old recording studio now sits in Cleveland and The Rock n Roll Hall of Fame -- a tribute to the pioneering cowboys of Tidewater.

The video below was misidentified as having taken place in Washington, D.C., in 1956, but it was actually recorded at Fernwood Farms in Norfolk in 1959.

Hear some of Patsy Cline's demo session featuring versions of "A Poor Man's Roses" and "Life's Railway To Heaven," an early version of "Crazy Arms," along with "Have I Told You Lately (That I Love You)" which she never recorded commercially. According to commenters online, the voice in the control booth is Norman Phelps.