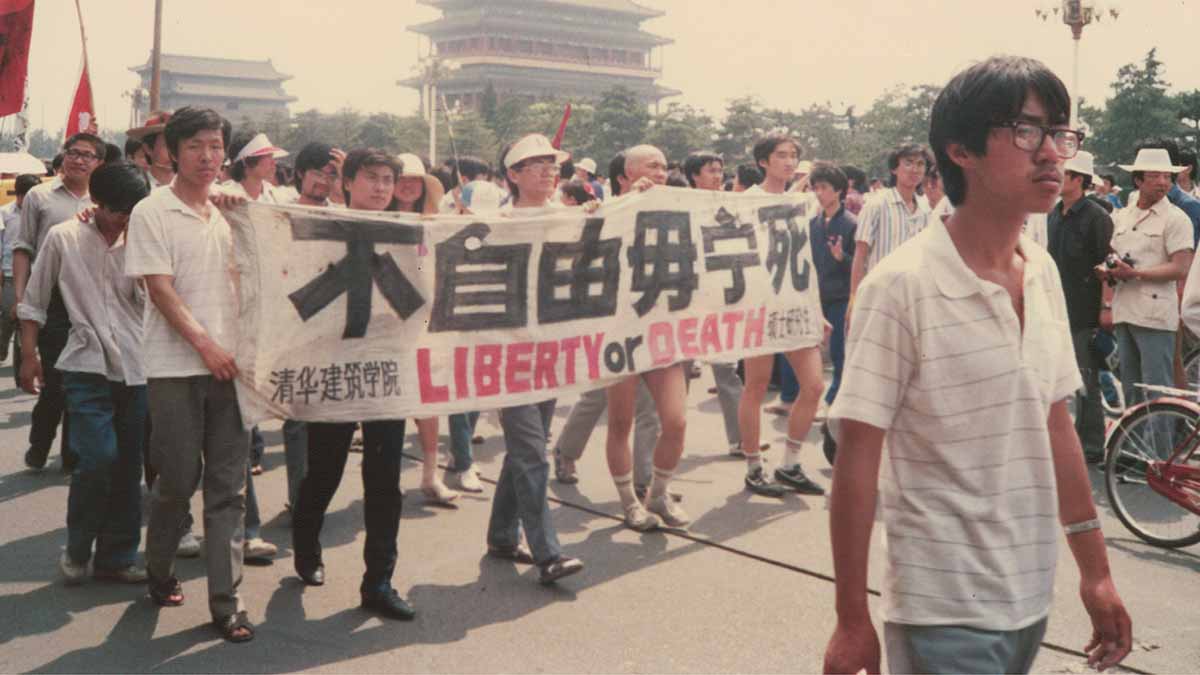 Tiananmen: The People versus the Party

Scheduled in conjunction with the 30th anniversary of the Tiananmen Square Massacre, a new documentary tells the story of the pro-democracy movement and demonstration that ended with brual violence and set the stage for modern-day China.

On the night of June 4, 1989, Chinese troops entered Tiananmen Square in Beijing, violently crushing the largest pro-democracy demonstrations in the history of the Communist regime. Images from those final bloody days still resonate today and the death toll — from the official Chinese figure of 300 to estimates as high as 15,000 — continues to be disputed. Tiananmen: The People versus the Party is a day-by-day account of the dramatic seven weeks during which students and ordinary Chinese citizens made a stand for more freedom — a protest with ramifications that would shape the future of the modern superpower.

Unfolding with the drama of a political thriller, the film investigates how a peaceful student protest calling for liberty ended seven weeks later in carnage, documenting the many turning points when the violence could have been avoided but tragically was not. With never-before-seen Chinese television archival footage and exclusive interviews with key insiders — from protest leaders and students to politburo members — the film reveals the scale of the 1989 protest, its aims, the military crackdown and the aftermath.

The in-depth research includes an exclusive, secretly filmed interview with a high ranking Communist Party insider who was an eyewitness to the inner debate within the halls of power that led to the massacre; extensive access to the documents known as The Tiananmen Papers, Chinese government and Party records revealing the decisions made by increasingly-panicked leaders; and gripping and emotional testimony from a diverse range of protesters, eyewitnesses and key contributors, several of whom were in the thick of the drama on the square throughout June 3 and 4 as the massacre unfolded.