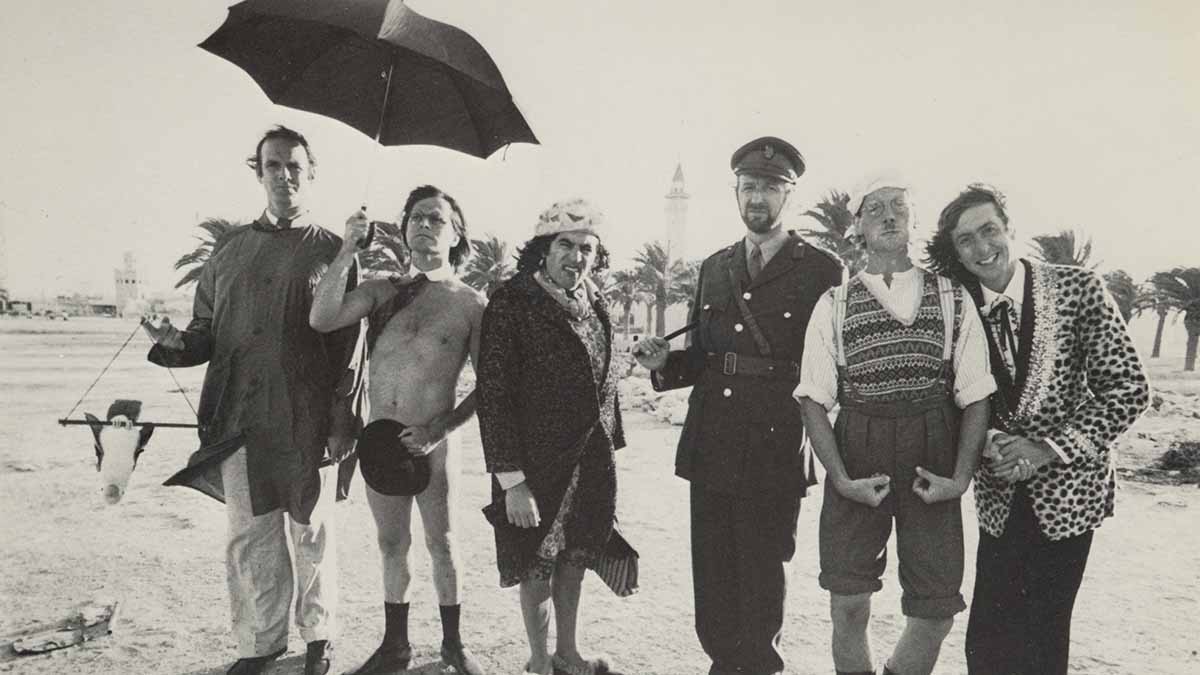 Monty Python on location in Monastir, Tunisia, where they filmed Life of Brian. 1978.

Monty Python’s influence on comedy has been compared to the Beatles’ influence on music, a pivotal moment in the evolution of television humor. Celebrating the troupe's cultural legacy and impact, this new special pairs their original material with new and entertaining commentary from celebrities who consider Monty Python hugely significant, both personally and to the history of screen satire.

Seth Green, Simon Jones, Patton Oswalt, Paula Poundstone, Todd Rundgren, Steven Wright and other special guests discuss, laugh and reminisce about favorite Python segments and bring a fresh perspective to the material, connecting Monty Python’s work to today’s most successful television humor. In a time when a few moments of escape and laughter are needed more than ever, this special reminds viewers of Python’s cultural impact.