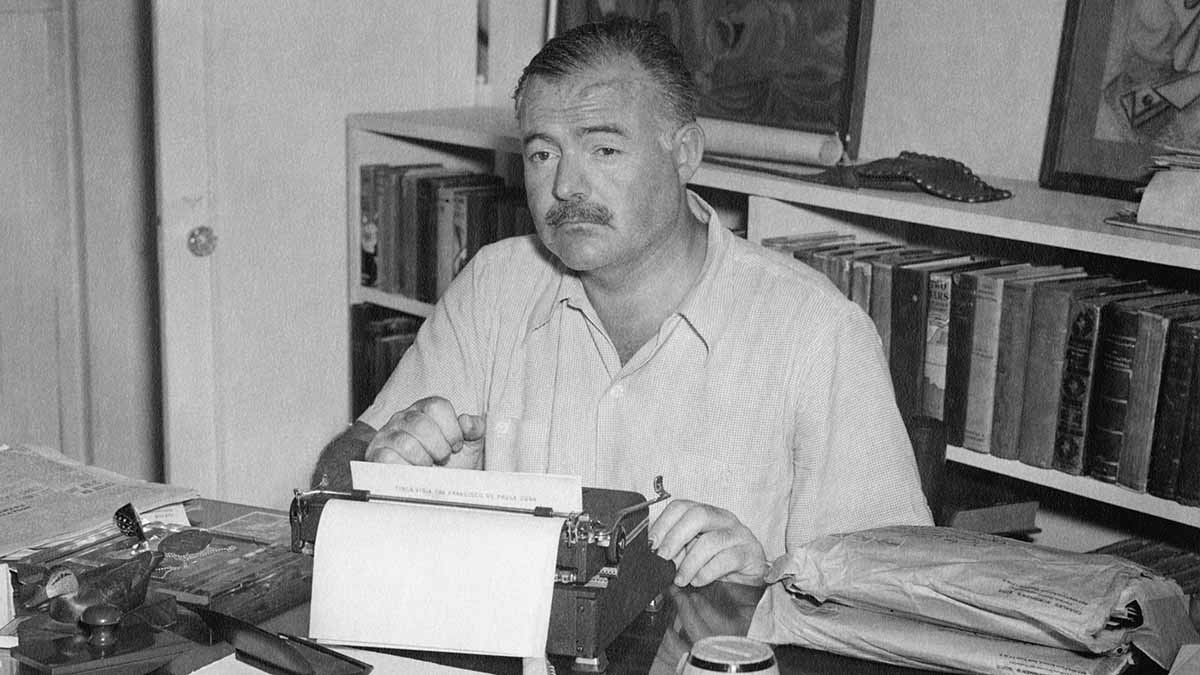 Ernest Hemingway, the iconic literary figure considered one of the greatest American writers and among the first to live and work at the treacherous nexus of art and celebrity, is the subject of an upcoming three-part, six-hour documentary series directed by award-winning filmmakers Ken Burns and Lynn Novick (The Vietnam War, Prohibition, The War) coming to WHRO TV 15.

You can also watch online. On the night of the broadcast premiere, all three episodes will be available for streaming on WHRO Passport.

The documentary paints an intimate picture of Hemingway the writer — who captured on paper the complexities of the human condition in spare and profound prose, and whose work remains deeply influential around the world — while also penetrating the myth of Hemingway the man’s man to reveal a deeply troubled and ultimately tragic figure. The film also explores Hemingway’s limitations and biases as an artist and a man of his time.

In three two-hour episodes, Hemingway tracks the meteoric rise and tragic fall of the author who, in his final years, suffered from chronic alcoholism, serious mental illness, traumatic brain injuries and depression. In 1961, at the age of 61, Hemingway died by suicide, leaving behind an unparalleled body of artistic work and a complicated emotional legacy for those closest to him.

The filmmakers were granted unusually open access to the treasure trove of Hemingway’s manuscripts, correspondence, scrapbooks and photographs housed at the John F. Kennedy Presidential Library in Boston. Interviews with renowned biographers and scholars, including Mary Dearborn and Marc Dudley, shed new light on the man and his work. It also includes moving commentary from Hemingway’s surviving son, Patrick, and from the late Senator John McCain, whose lifelong role model was not Hemingway, but Robert Jordan, the protagonist of For Whom the Bell Tolls.

“Hemingway is both an intimate, turbulent family saga and an examination of some of the greatest works of American literature in the 20th century,” said director Ken Burns. “The documentary attempts to show how flawed our assumptions about Ernest Hemingway and his writing have been. At the same time, we are unsparing in our inquiry into less well-known aspects of his character and writing. Our intent is to offer viewers an honest portrayal of a complex and conflicted writer who left an indelible mark on literature.”

“While many of us studied Ernest Hemingway in school, the true significance of his work was perhaps never fully appreciated. Through this extraordinary film, Ken, Lynn and Sarah have shed new light on the contributions and complexity of one of America’s most influential writers,” said Paula Kerger, President and CEO of PBS. “Public television continues to be a destination for thoughtful and thought-provoking biographies, and we are uniquely positioned to bring these important stories into the classroom through PBS LearningMedia.”

You can also watch online. On the night of the broadcast premiere, all three episodes will be available for streaming on WHRO Passport.