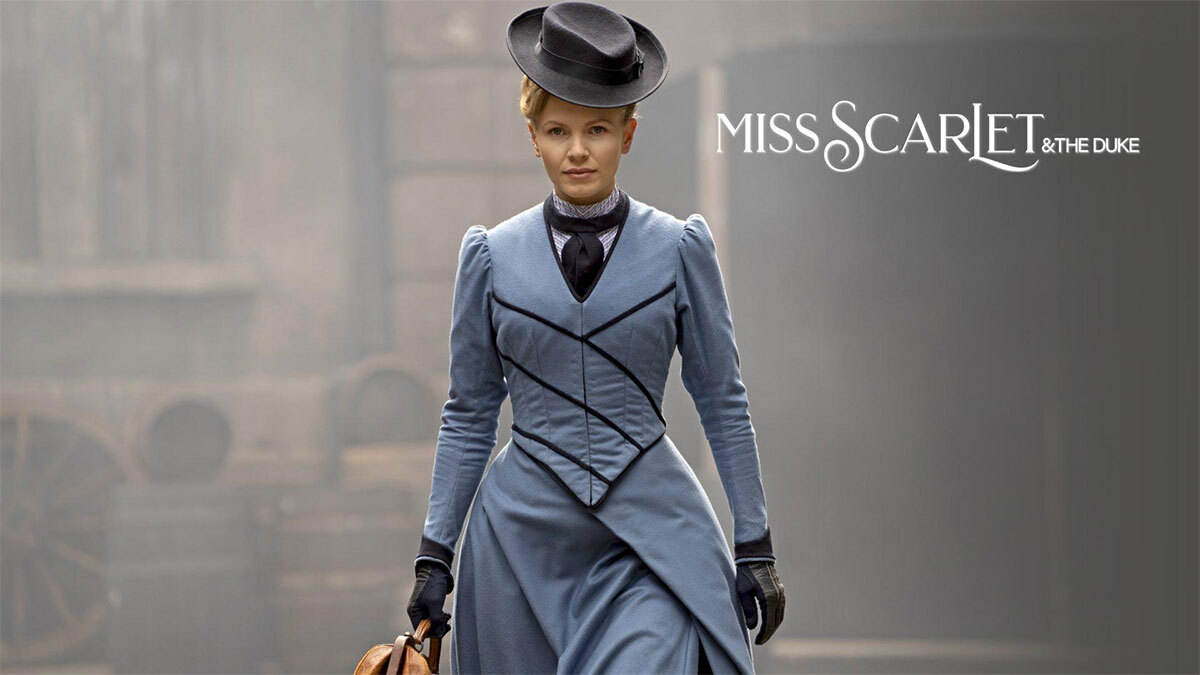 Miss Scarlet & The Duke On Masterpiece

Miss Scarlet & The Duke is set in London at the start of the Sherlock Holmes era, circa 1880. Eliza’s father, Henry, is a widowed retired police officer, currently a private detective running up bills and drinking through his occasional earnings. Nonetheless, he is a talented investigator, and he has taught his only child, Eliza, the trade since she was a girl. She is now determined to break into this male-only profession.

Fortunately, Eliza’s childhood friend happens to be a detective inspector at Scotland Yard: William “The Duke” Wellington. He gets his nickname from the most famous Englishman of the 19th century: the Duke of Wellington, victor over Napoleon at the Battle of Waterloo. Like that other Wellington, the Duke is cool and decisive in a scrape. And he is also a ladies’ man, which leads to interesting complications with Eliza.

Sometimes working together—but often at odds—Eliza and the Duke tackle a series of fascinating cases. On launching her business, Eliza’s initial challenge is not criminals or clients so much as getting society to take a female detective seriously, even one who has mastered wounds, poisons, motives,and red herrings. But she forges ahead and sees her first commission—a simple search for an older gentleman’s lost niece—turn into something very sinister, which she resolves with the Duke’s help.