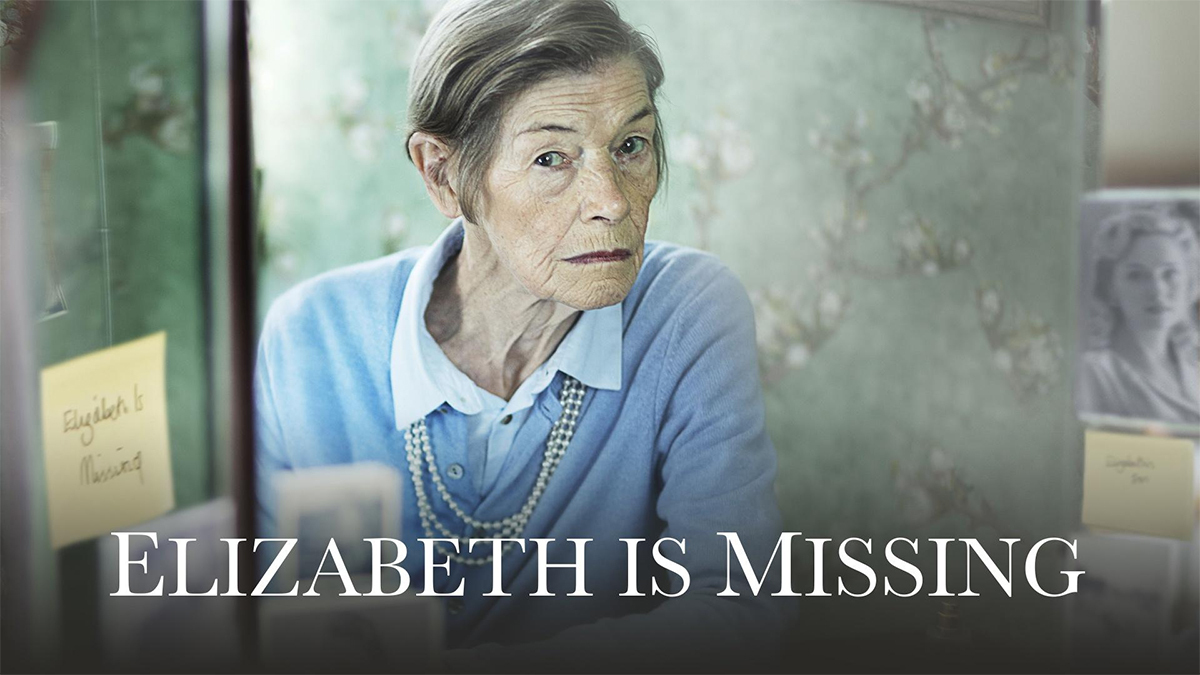 Two-time Academy Award®–winner Glenda Jackson (A Touch of Class, Women in Love) stars as a woman desperately trying to solve two mysteries as she declines ever deeper into dementia, in Elizabeth Is Missing, an adaptation of Emma Healey’s acclaimed novel, airing on Masterpiece in one 90-minute presentation.

Playing feisty grandmother Maud Horsham, who lives alone despite early-stage Alzheimer’s, Jackson is joined by Maggie Steed (Paddington 2) as Maud’s only friend, Elizabeth, who ominously goes missing, leading to one of the mysteries at the heart of the drama. Helen Behan (The Virtues) plays Maud’s dutiful daughter,

Helen, and Nell Williams (Blinded by the Light) is Maud’s doting granddaughter, Katy. The other mystery in Maud’s mind is a puzzle from her past, kindled when she unearths the top of an old cosmetics compact while gardening with Elizabeth. The discovery takes Maud back to her teenaged self (played by Liv Hill, The Little Stranger). Like many younger siblings, Maud looked up to her big sister, Sukey (Sophie Rundle, Gentleman Jack), considering her the height of glamour; plus she had a crush on her sister’s husband, Frank (Mark Stanley, Sanditon). This childhood idyll ended with Sukey’s failure to come home one night in 1949, never to be seen again.

As Maud thinks back on it, she wonders if the family’s lodger at the time, Douglas (Neil Pendleton, In Plain Sight), had anything to do with Sukey’s vanishing. And the cryptic warnings from the long-ago mad woman with the umbrella (Cara Kelly, Trust Me) only deepen the riddle.