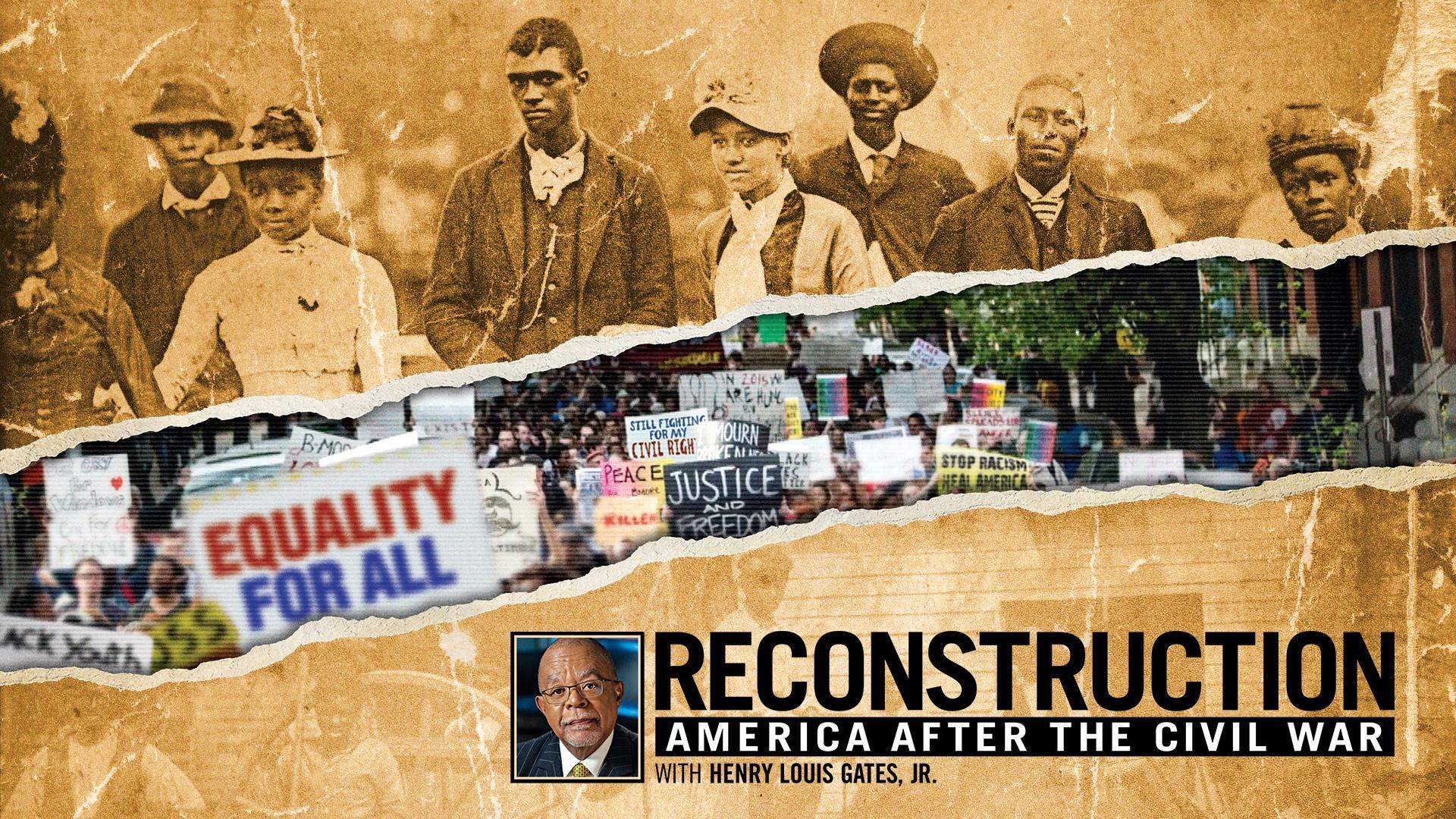 Professor Henry Louis Gates, Jr., the Alphonse Fletcher University Professor at Harvard University and director of the Hutchins Center for African and African American Research, presents the definitive account of one of the least understood chapters in American history — the transformative years following the American Civil War, when the nation struggled to rebuild itself in the face of profound loss, massive destruction and revolutionary social change.

Featuring interviews with leading historians and other experts, Reconstruction explores the nation’s thwarted vision for interracial democracy and highlights the development of African American art, music, literature and culture as tools of resistance in the struggle against Jim Crow racism, and the surge of political activism that marked the launch of iconic civil rights organizations.

“Reconstruction is one of the most important and consequential chapters in American history,” said Gates. “It is also among the most overlooked, misunderstood and misrepresented. Our film will tell the real story of Reconstruction, honoring the struggle of the African Americans who fought their way out of slavery and challenged the nation to live up to the founding ideals of democracy, freedom and equality. But we will also tell the tragic story of the sustained and often violent pushback against Reconstruction’s determination to secure equal rights for black people, and the subsequent rise of white supremacy leading to the implementation of Jim Crow segregation. More than 150 years later, this struggle continues.”

The 2019 series has been updated with an introduction from Gates. Watch it on WHRO TV starting at 4 p.m.

You can also see the original broadcast version of the film on our media player.